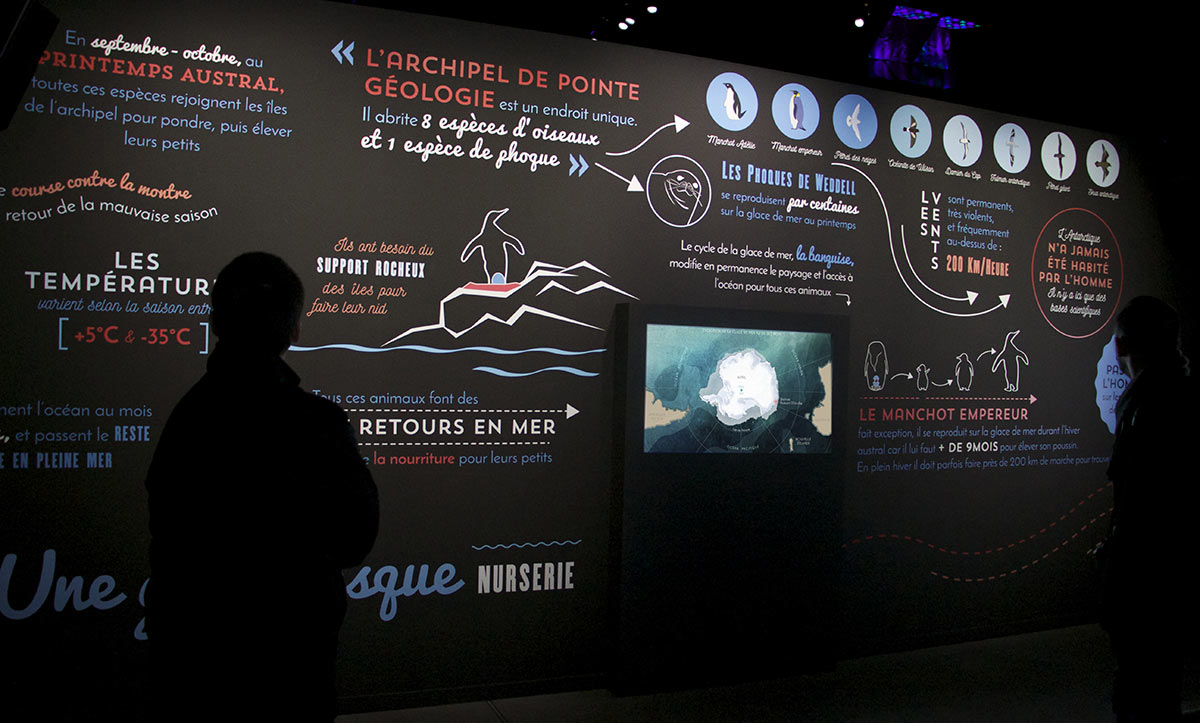 Videos created for the Antarctica exhibition (26 april 2016-31 december 2016) at the Musée des Confluences, in Lyon.

We created stage designs and produced animated films for the temporary exhibition, ANTARCTICA, which was inaugurated on 25 April 2016 at the Musée des Confluences, in Lyon, under the patronage of exhibition curator, Luc Jacquet.

This museum piece recounts the polar expedition made by the WILD TOUCH film team in late 2014 to the Dumont D’Urville Antarctic base. In it, visitors learn about the biological and environmental traits of Antarctica and the geographical area of Pointe Géologie. We were responsible for the artistic direction and graphic design of instructive tables (ocean currents, annual sea ice changes, as well as the physiological capabilities of Weddell Seals, Emperor Penguins and human beings).