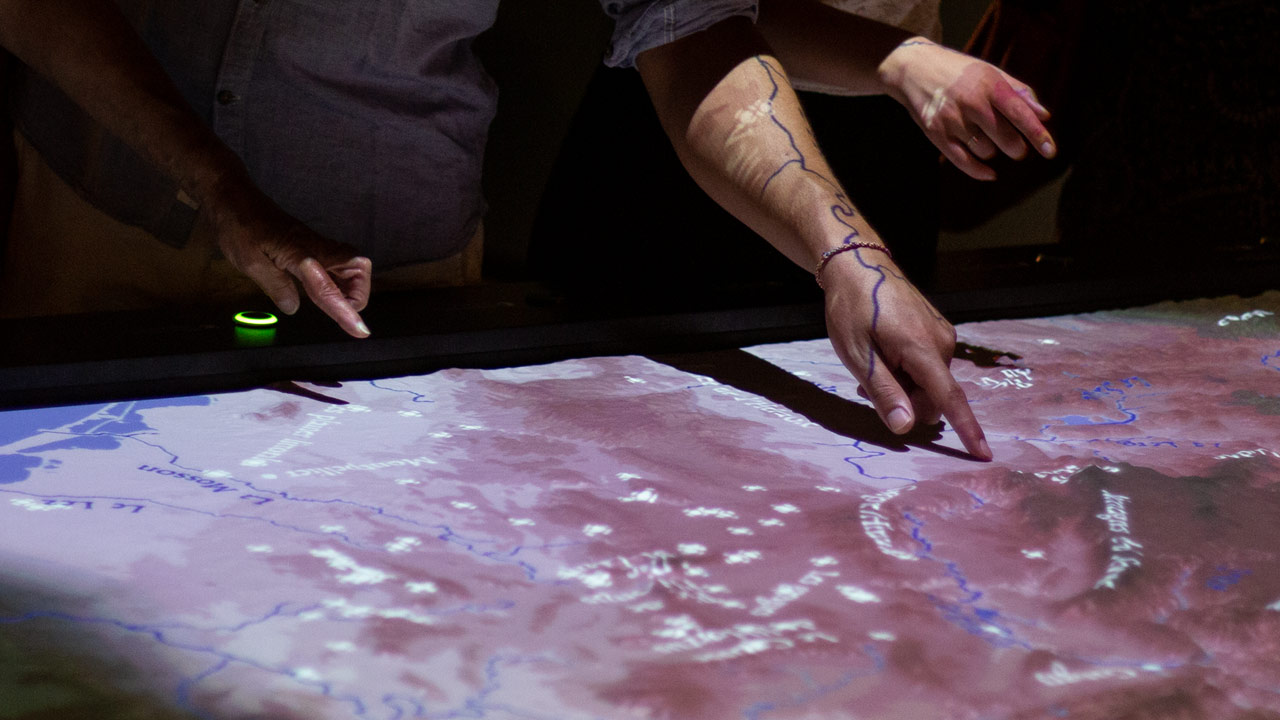 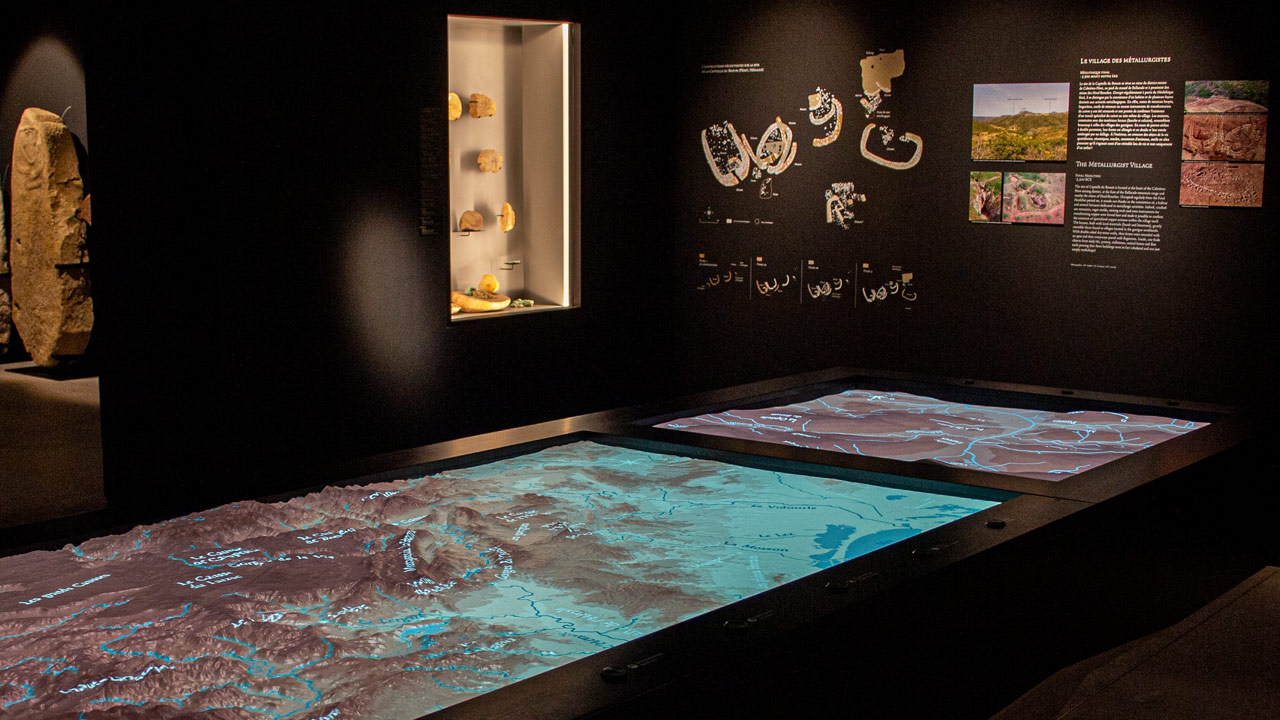 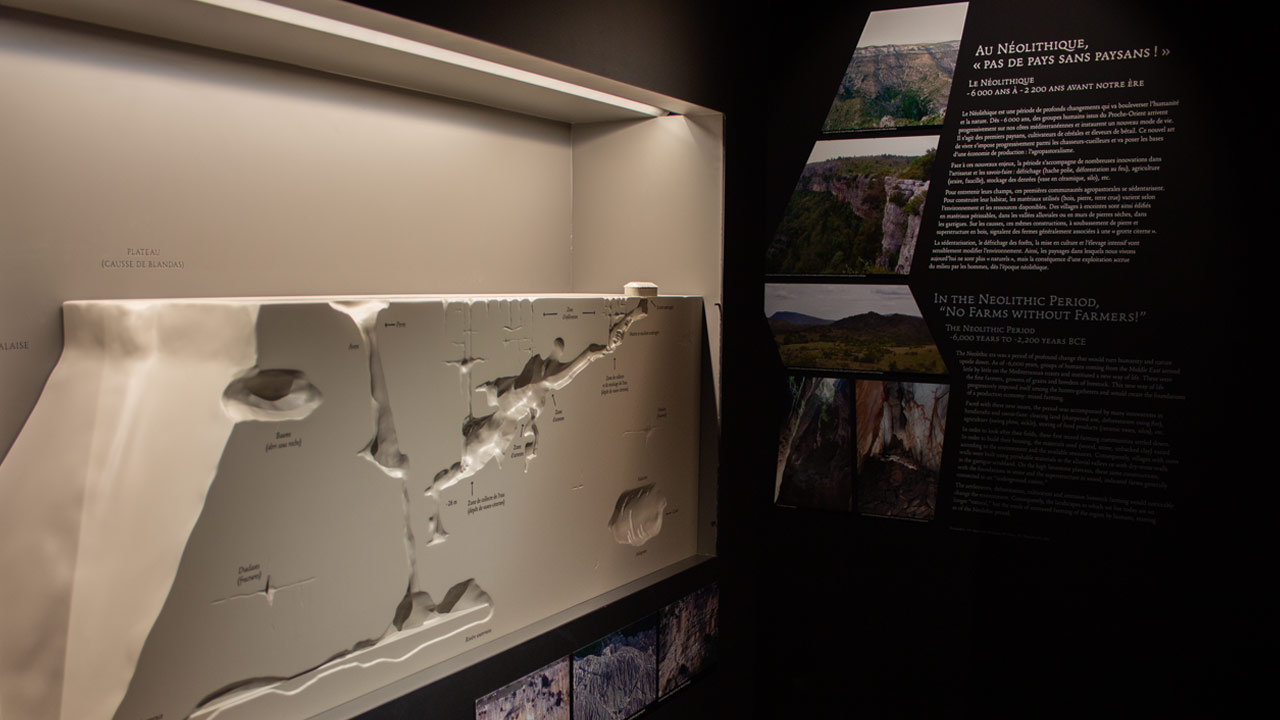 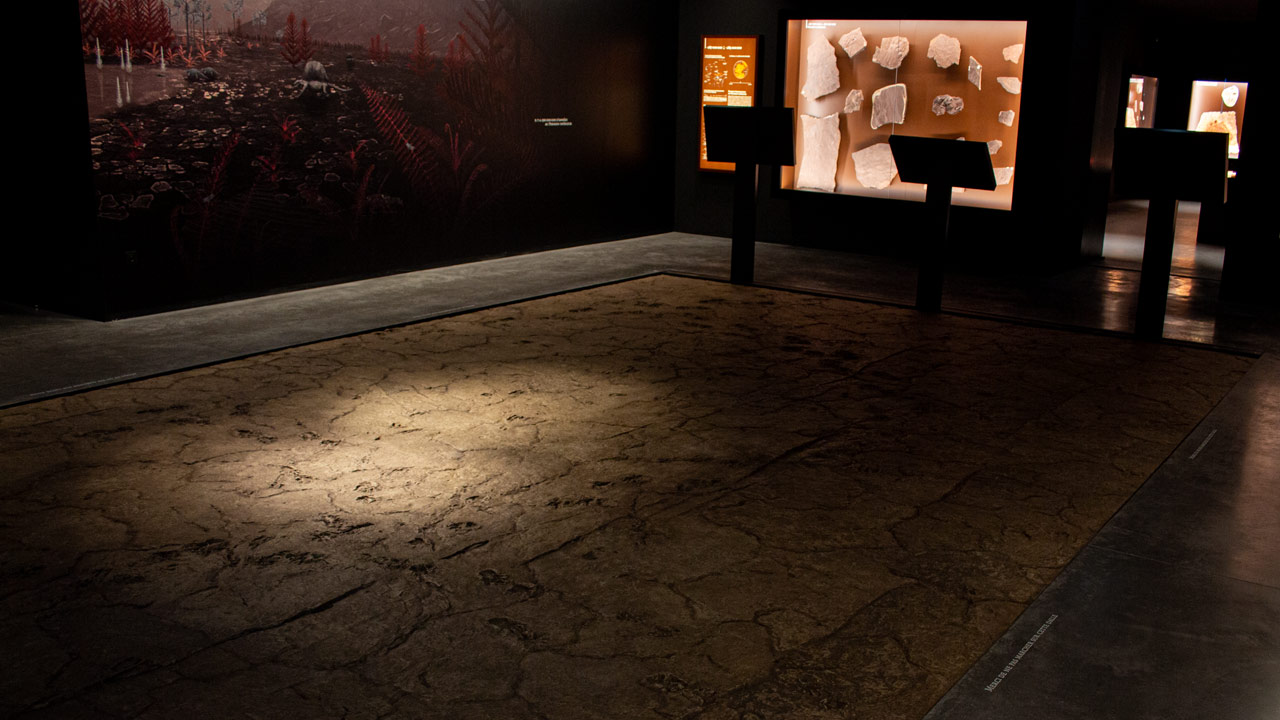 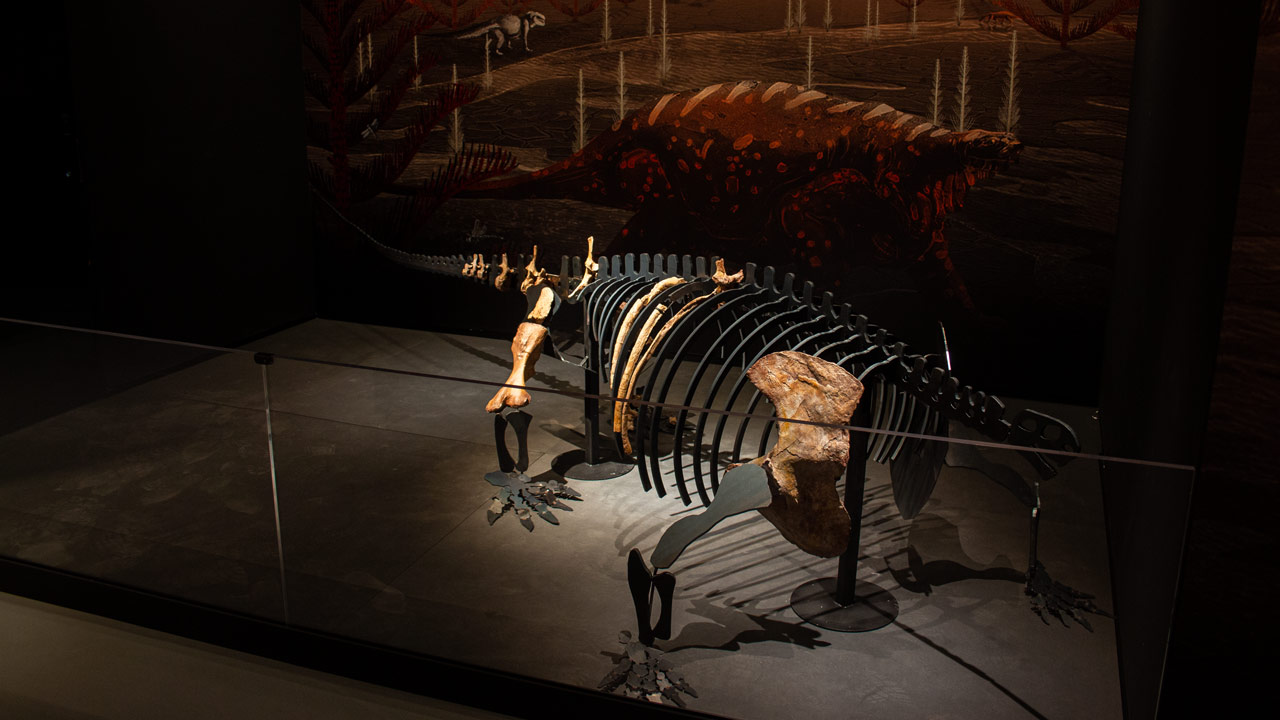 Images of the installations in the Museum

In addition to producing animated films and multimedia, we also helped design and recreate relief map models. To complete this job, we worked with Sequoia, a carpentry company specialising in museum layouts, joinery and decoration.

Our task was to design and build 3D models for the following objects:

This work to make precise copies of these fossils also required field visits to certain sites, such as the Aldène Cave, which some of our team had the pleasure of visiting with an archaeologists and professional caving experts. We also visited the Cogéma site, a now-disused uranium mine where the slab of dinosaur footprints was found. We supplemented this with paleontological records at the University of Montpellier 2 and archived material at the National Museum of Prehistory in Les Eyzies-de-Tayac-Sireuil. Many thanks to all the teams for their warm welcome.

Other multimedia produced for the Museum