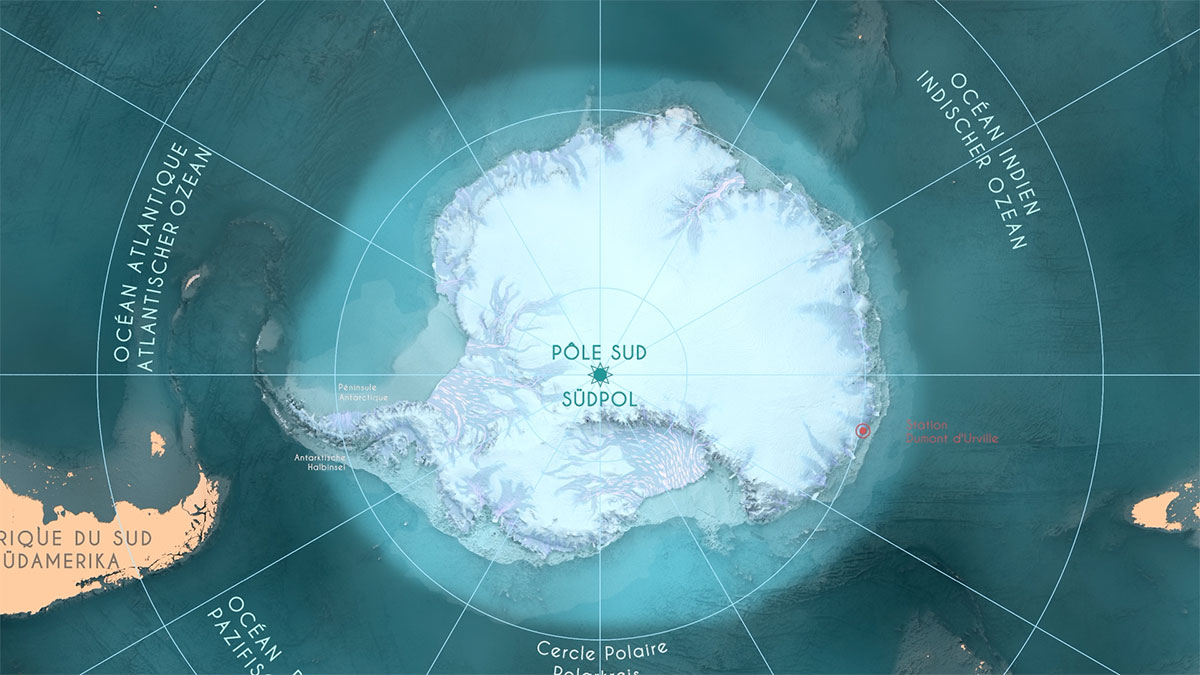 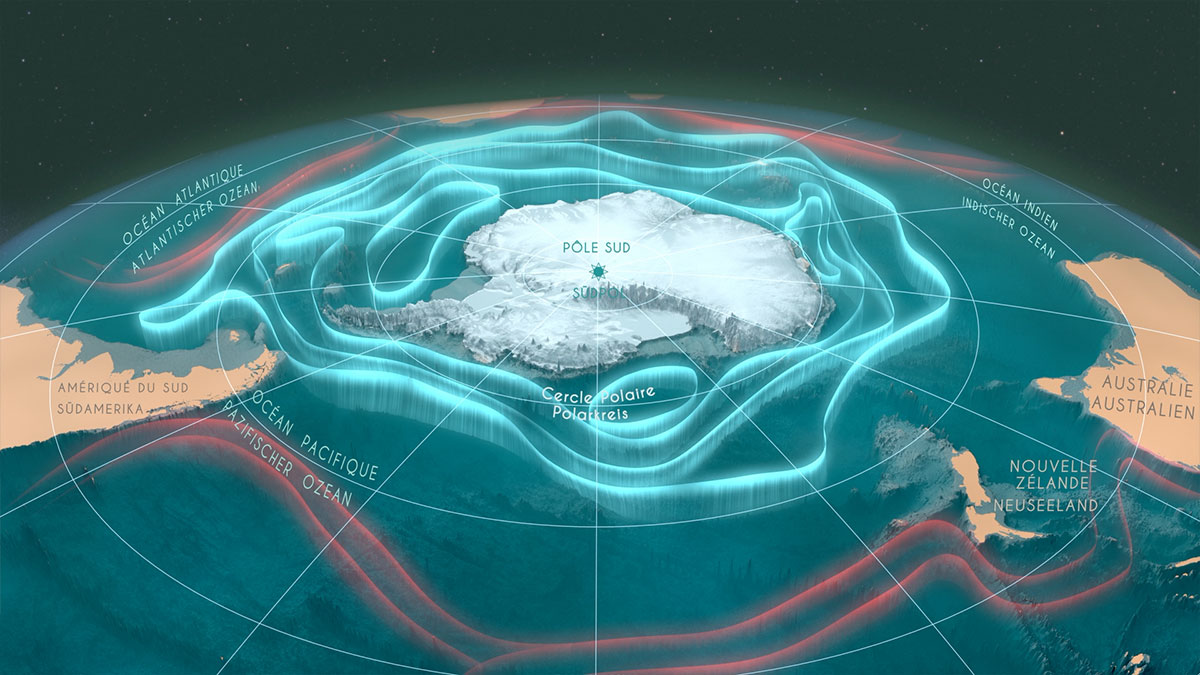 Jérôme Bouvier and Marianne Cramer produced these documentaries which are part of a larger audio-visual project on exploration in French Southern and Antarctic Lands. They were broadcast on ARTE on 28 January 2017.
The animated sequences produced in our studio provide an educational dimension to the photography. They show what the camera cannot film. We were responsible for the artistic direction and special effects animated sequences for both films. Still using open source digital tools, we supervised the tracking and rotoscoping for the sequences combining actual camera shots and animation. We modelled the Antarctic Ocean’s biological and physical features, such as the Circumpolar current or the spread of the pack ice. We also took on the cartography, depicting the land and marine topography and planisphere (or world map) simulations. We developed an optimised HD (4K) film production process to create a pipeline entirely designed using open source software for both animation and compositing. This also gave us the chance to test out an innovative, ecological calculation method using heat calculators (Qarnot Computing).